Ride the Bus Or Take a Tank?

The law is a funny thing. A legislator can turn any crazy idea into a law, and plenty of cities have strange, wildly outdated laws that make no sense. Conversely, many legal loopholes allow people to do weird but legal activities. Learn about the following three facts you won’t believe about law and crime. 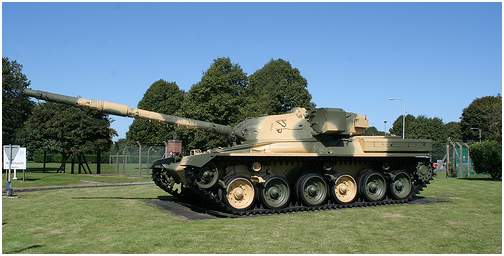 A British man named Nick Mead has a quirky hobby: He collects military vehicles. In fact, he once bought a Russian T54/69 tank and reaped immediate rewards when he found 2 million pounds (about $2.4 million) in one of the compartments.

Another part of his odd life is that he’s a helicopter parent. He doesn’t trust the local government’s transportation system, so he drives his children to school every day in a tank. Mead researched British law and learned that he can legally transport his kids in a military vehicle. He even has a government tax disc that proves his unusual method’s legality. A safe guess is that no other parents are willing to carpool with him, though.

Have you ever caught an internet troll pretending to be somebody else? This situation happens all the time: A person pretends to be a neutral party to change the course of a conversation. Even NBA superstar Kevin Durant got busted for tweeting stories about his old team — stories that supposedly came from a third party.

What you may not realize is that this practice called astroturfing is illegal. The Computer Fraud and Abuse Act (CFAA) is a broadly written piece of legislation, but one of its interpretations is that you cannot use a fake name on the internet. The purpose of the law is to prevent identity theft, but it has other legal ramifications, too.

When you sign up for a website via online registration, you’re telling the site’s owner who you are. Lying about your ID is a crime, according to the CFAA, although it’s rarely enforced. At a minimum, you violate a website’s terms of service when you lie about your name during registration. When you do anything unlawful, the police can add the CFAA violation to your list of charges to make your parole cost higher and lengthen your potential jail sentence.

One of the amazing parts of the current legal landscape is that criminals are often total idiots. Police officers know that most of the crimes that they investigate will lead to arrests and convictions for this reason. Too many felons act without thinking, which makes law enforcement easy.

Here’s a recent example of criminal stupidity. A burglar in Georgia wanted to steal objects in a person’s home. Before suspect Trevor Jones left, he decided he should check Facebook. No, he couldn’t wait until he got home, which is why he logged in to his account from his victim’s computer.

After Jones finished looking at his social media, he heard the victim returning and fled. In a panic, he left without logging out of Facebook first. The cops didn’t have any problem deducing the culprit of this particular burglary.

Many laws are strange, and the people who break them are even stranger. The three facts mentioned above are merely a few examples of the chaotic nature of law enforcement.

Make Your Beauty Injury Case Stronger with These Tips